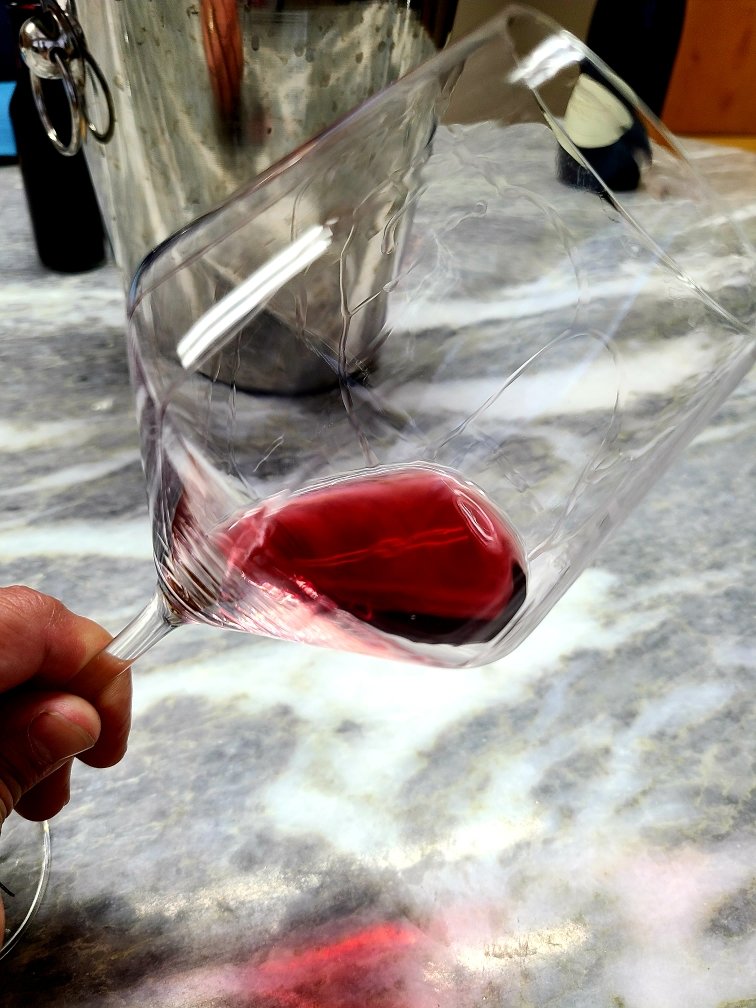 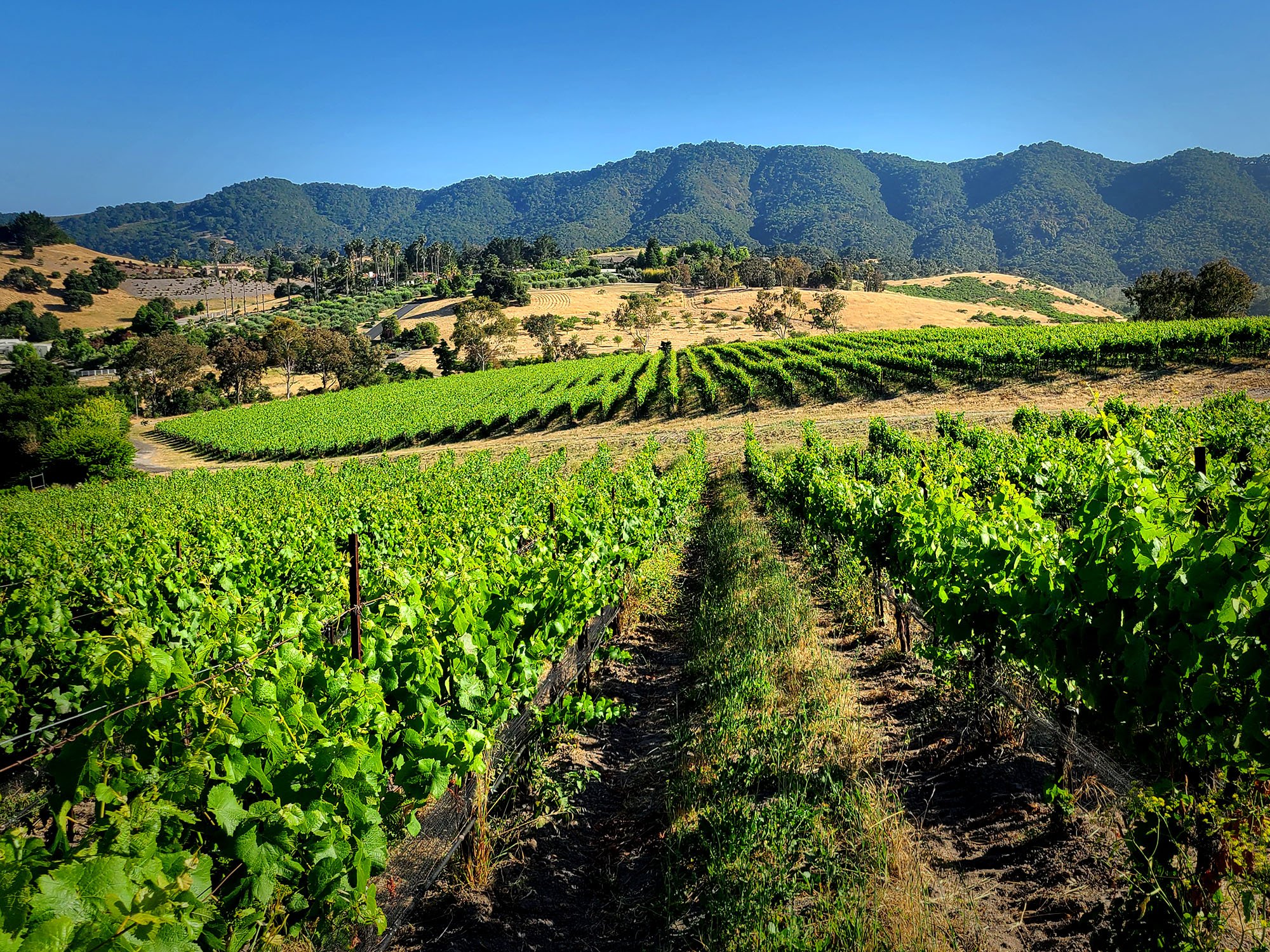 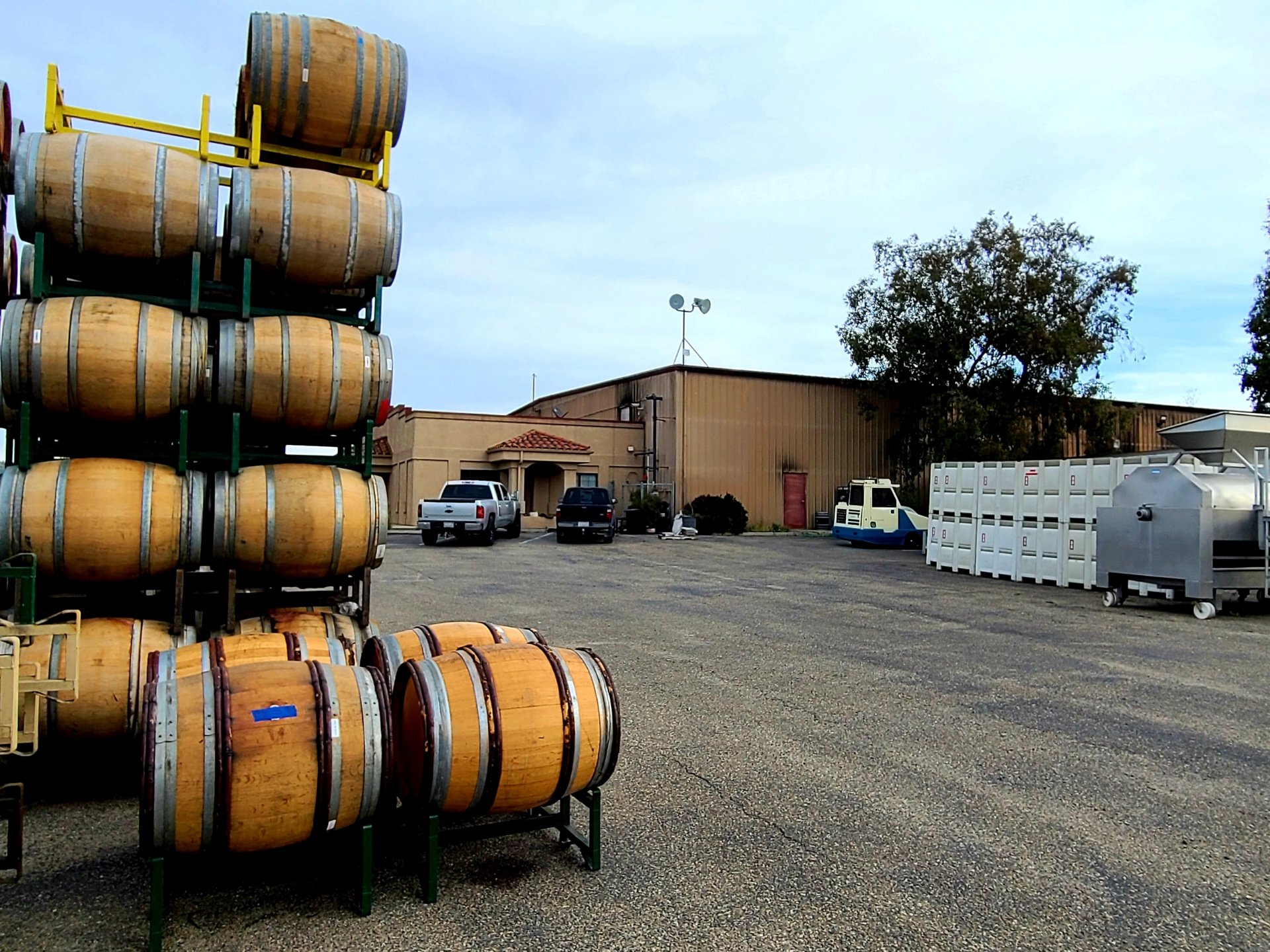 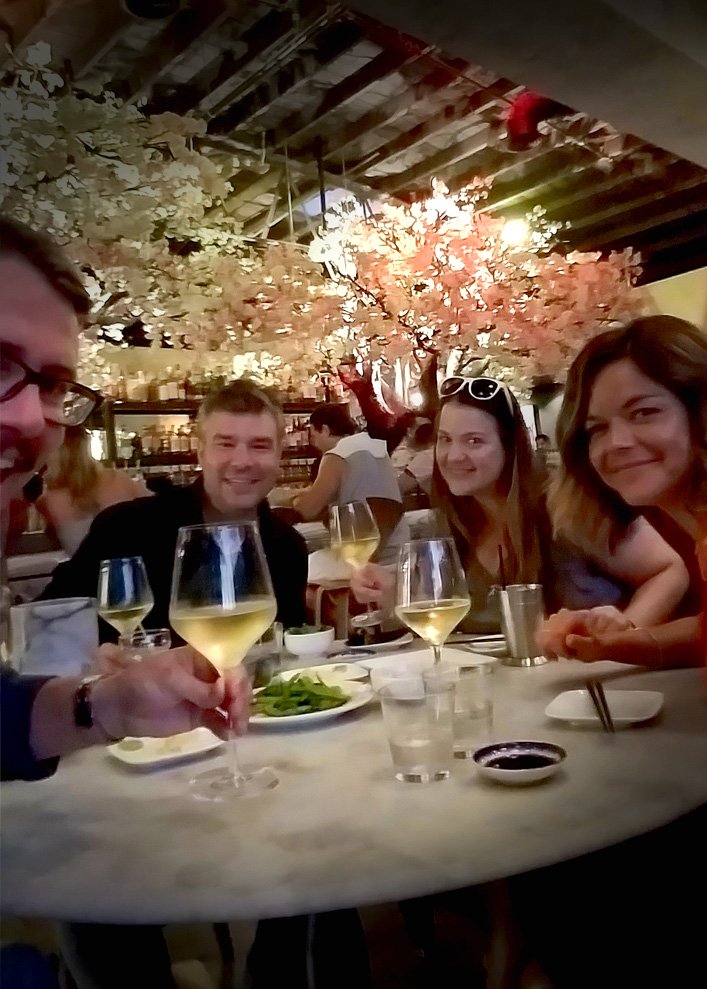 2021 marks our first official release for Jacobsen Perri Cellars, but our story began long ago under a different name (Olsen Perri). With over twenty years in the making, our past is just as important as the road ahead. We’re pleased to have you with us.

and pairing wines… a great way to meet people.”

Our first experience with wine was in college. One of our oldest friends, Phil, was finishing his hotel and restaurant management degree at WSU, while we were completing business degrees. Phil always had great wine and his degree required wine tasting and cooking classes. Clearly, we selected the wrong majors. We would host parties, preparing gourmet food and pairing wines. It was our favorite way to meet people and it still is!

After graduation, we moved to San Diego. We quickly connected with other wine enthusiasts that unknowingly would be instrumental in the inception and evolution of Jacobsen Perri Cellars.

We met Bill, who happened to be the accountant for some of the best wine makers in Central Coast, California. Bill encouraged us to visit his clients, wineries that were truly off the beaten path, each specializing in small batch, mind-blowing Pinot Noirs. At the time we knew nothing about Pinot Noir…

In 2006, we ventured to the Central Coast utilizing Bill’s connections. We tasted at Sanford & Benedict, Foxen, Zaca Mesa and barrel sampled at Tantara. The multi-faceted Pinots were like nothing we had tasted. We were hooked!

At Tantara we were introduced to the wine maker, Jeff Fink, who had a knack for designing wines. The bouquet of his wines danced spectrally above the glass rim. When I asked how to replicate that, he replied with a cryptic answer that almost made sense. Today, Jeff is our mentor and friend, and makes wine alongside us at C2 Cellars in Orcutt, CA.

Around this same time, the Jacobsens became our neighbors in Ocean Beach. We became fast friends and enjoyed countless long evenings (and sunrises) drinking wine together.  We had no idea that we would one day make wine together.

In 2009, Bill recommended we visit Clos Pepe Winery in the Santa Rita Hills.  He wanted us to connect with a bold young winemaker named Wes Hagen, who had helped to write the AVA (American Viticultural Area) for Santa Rita Hills. The wines were fantastic!  Wes agreed to sell us a half ton of Pinot Noir.

We were incredibly eager to commence our first hobby vintage, a 2010 endeavor split between the Perris, the Olsens, and Phil. The Jacobsens were starting a family and would inadvertently, but wisely, give us time to figure things out.

Mark transported that first year’s fruit to San Diego in the back of his Dodge truck. We had a great time making it, but “tasted” too frequently. Without enough topping juice, we resorted to adding rocks to the barrel to replace the wine we drank. We made the wine in Phil’s backyard, bringing new meaning to “Garagiste” winemaking.

That first 2010 vintage was missing something. Unsurprisingly, it was incredibly hard to drink.

The following year, we splurged on a refrigerated truck rental. Yes, a full truck for ONE picking bin, quite possibly making us the laughing stocks of the region. The resulting 2011 vintage was also not great, but noticeably better.

While we were inspired to continue to hone our winemaking skills, Phil decided to let the Perris and the Olsens continue on with “the hobby”.

Or first commercial 2012 Pinot Noir vintage was from Pence Ranch, where Jeff Fink, who had left Tantara, was making wine. Now able to purchase grapes from Pence Ranch, Mark and I rented a refrigerated truck and drove to the Santa Rita Hills in the dark of night, then transporting them to a warehouse in National City (South of San Diego) for processing.

We ended up with 5 barrels of wine, which we blended to create a very bright Pinot Noir. Again, it was missing something. We hadn’t allowed it to finish malolactic fermentation, rendering it tough to drink. The traditional Pinot crowd did not love the vintage, but its’ higher alcohol and bigger fruit profile made it relatively popular.

Through trial and error, we were beginning to figure the winemaking process out. Our 2013 vintage, also from Pence Ranch, was well received and scored 94 points in an international wine competition. Inspired by the vote of confidence, we ramped up production in 2014.

In 2015, we were introduced to John Hilliard and Christina Bruce, whose winemaker at the time was Paul Lato. Paul’s wines have become some of the most expensive, sought-after wines in the Central Coast. We were overjoyed to purchase 1 ton of Pinot Noir grapes from Hilliard Bruce.

Around that time, we were also introduced to Mike Sinor, an absolute star of the wine world. Mike had just purchased a vineyard called Bassi Ranch, a Burgundy-style winemakers dream. Planted over an old mineral quarry 1.2 miles from the ocean, and as steep as it is rocky, the fruit is hauntingly good.

At Cebada we were introduced to Sandy Newmann, one of the best farmers we work with.

Over the following years, we made wine featuring grapes from Hilliard Bruce, Cebada and Spanish Springs for Pinot Noir. We also launched our first attempt at Chardonnay, with grapes grown in Spanish Springs and Shokrian.

After completing the 2017 vintage, it was emphatically clear that we needed to upgrade our equipment. However, the cost to do so was in the millions.  We made the decision to omit a 2018 vintage. Instead, we sold all of our equipment and began to work with C2 Cellars, where we could employ their state-of-the-art equipment and labor while still making the winemaking decisions.

The Olsens decided to end their winemaking ventures to pursue their dream of sailing the world. The Jacobsens stepped in to become partners in the winery and to help us pursue our vision for growth.

At this point, the Jacobsens now have three children and Jeni and I have one. We still celebrate wine and food the way we always have, but with an aim to close the celebrations down earlier. How times have changed! 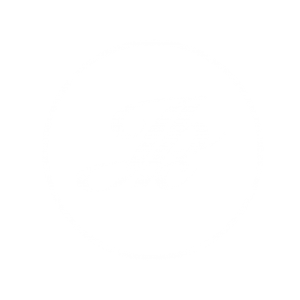